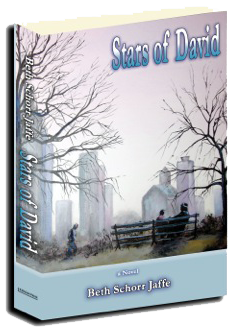 STARS OF DAVID is a compelling story exploring how the dangerous secrets of one man—a cantor renowned in the New York City Jewish community—causes trauma and nearly unbearable pain for his family’s next generation, who must learn to transcend his pernicious legacy of abuse and love.

One cold morning in February 2001, Adam Oppenheim—a well-meaning Queens plumber with his own traumatic childhood neatly tucked away from sight—receives a frantic call from his cousin Eli Kaplan, telling him that Eli’s father, Adam’s uncle, has died. Cantor David Kaplan, it seems, had mysteriously gone to China to die. Eli, unexplainably crippled since birth, cannot retrieve his body from the Shanghai-based rabbi who plans to bury the old cantor in his own alien land. Eli insists that Adam go to China, wrest control of David Kaplan’s corpse, and bring it back into the custody of the son the old man seemed to abandon.

When Adam warily agrees to travel to Shanghai to confront the unknown young rabbi who seemed to have held such power over his dying uncle, he begins a journey that takes him not only to China and back again, but into the depths of his own past and the family truths he and Eli would rather evade. Adam and Eli, long remote from each other, confront painful questions about the pervasive and toxic effect David Kaplan has had on their lives.

Who really was this charismatic cantor? Why did he turn his young son Eli into an antisocial hermit?  Why, after his wife died, did he banish his teenage daughter Liora to Israel—an exile her cousin Adam did nothing to prevent? Why did David flee to China to die in the home of the infuriatingly smug rabbi Seth Giacalone and his sultry wife Elana? And why did the dying cantor declare he no longer believed in God?

Told from the points of view of Adam, Eli, Adam’s comically anxious wife Diane, and Eli’s righteously indignant social worker Sharon—the woman he has come to love and who has discovered some of the cantor’s secrets—Stars of David shows how one man’s tragic choices have infused the futures of all he knew. Adam Oppenheim and his cousin Eli Kaplan must ally not only to uncover the truth about David Kaplan but also to reconcile his legacy into how they live their own lives. For Eli, that means confronting some painful facts about his father—a confrontation that might allow him to commit to a healthier life, and to Sharon’s love. For Adam, it means coming to terms with the uncomfortable truth revealed by his 24-year-old son Jamie. For both men, it means trying to make things right for Liora, who suffered the most brutally for her father’s sins, and accepting the uproar caused by enigmatic Shanghai Rabbi Seth Giacalone.

Beth Jaffe’s debut novel is a powerful exploration of the bonds of the family constellation, and the bravery required to transcend family lies and build authentic and loving lives.

“Beth Schorr Jaffe nails the damage secrets foment in a family. And she does it with a freshness, passion, and prose so exquisitely precise, her words feel like a gift. I couldn’t put Stars of David down.”

—Patricia Volk, author of STUFFED: Adventures of a Restaurant Family

Stars of David is a wonderful novel. This book is about real human beings with real concerns, and it shows a fine understanding about what is really important as people progress through their lives. Beth Schorr Jaffe’s first novel is a gem, and I am already anxious to read her second.

—Susan Fromberg Schaeffer, Professor Emerita, Brooklyn College; Alexander White Professor of English, The University of Chicago, and author of The Snow Fox, The Autobiography of Foudini M. Cat, and Poison

This is a remarkable work, one which lucidly describes both the passions and pains that permeate all families. Beth Schorr Jaffe has written a wonderful, compelling debut novel. 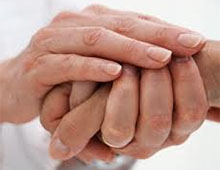